Mr. Lozano returns to after having spent a 23-year career at Starbucks, most recently leading Operations primarily in . Since 2014, he was responsible for running 780 company-operated stores in , which generated over in sales. Mr. Lozano led a team of Regional Directors who consistently delivered best in class metrics in the U.S. business, making them one of the top performing regions in the system.

Prior to Starbucks, Mr. Lozano worked for El Pollo Loco for six years, starting as a Restaurant General Manager and working his way up to Area Leader when the brand was owned by . He and his family then became an franchisee, owning and successfully operating a restaurant in for seven years.

“It is with much excitement that we welcome Miguel as our Chief Operating Officer and member of our Leadership Team,” said Bernard Acoca, President and Chief Executive Officer at El Pollo Loco. “His proven leadership skills and extensive knowledge of the restaurant industry will be instrumental in helping El Pollo Loco simplify and transform our operating platform to ensure meaningful and sustainable growth for the future and also do it in a way that is consistent with our values.”

In his new role, Mr. Lozano will play a central part in formulating organizational strategy, driving brand growth, and profitability. He will create the vision for all operations, with an emphasis on achieving operational and financial excellence as the company seeks to make the third strategy of their transformation agenda come to life: simplify operations, making it easier to be an employee and franchisee.

“I’m thrilled to be returning to my family during this exciting time,” said Mr. Lozano. “I look forward to working closely with the Leadership Team to elevate the employee and customer experience through the strengthening of operations.”

About
(Nasdaq:LOCO) is the nation’s leading fire-grilled chicken restaurant with a mission to bring people together around food, family and culture in the communities it serves. Raised in the heart of , is renowned for its handcrafted food, an innovative blend of traditional Mexican flavors and Californian inspiration. Since 1980, has successfully opened and maintained more than 480 company-owned and franchised restaurants in , , , , , and while remaining true to its Mexican-American heritage. continues to grow and evolve, nourishing connections to tradition, culture and one another through fire-grilled goodness that makes us feel like familia. For more information, visit us at www.elpolloloco.com. 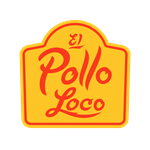