The restaurants will be owned and operated by , a more than 20-year restaurant industry veteran who already owns five restaurants and bars throughout the south , including JP’s in , Time Out Ale House in and in .

“Restaurants are all I’ve done my whole life. My first job ever was restaurants. All I’ve ever known was waiting tables, busing tables…,” said Pirio. “When I began researching different franchise opportunities, I was looking for a unique concept with a rich tradition that had the ability to bring people together around food, family and culture. I found the perfect match with and can’t wait to introduce local customers to the brand’s signature chicken, handcrafted Mexican entrees and assortment of healthy offerings.”

While leases have yet to be signed, Pirio is eyeing , , and , among other areas, for potential sites.

“Jean-Paul is an experienced restaurateur and we’re honored to partner with such an inspiring and well-known individual in the community,” says , El Pollo Loco’s Chief Development Officer. “El Pollo Loco’s proven business model paired with the industry know-how of a seasoned pro like Jean-Paul is a winning combination, and we’re confident his locations will thrive."

Pirio’s restaurants will feature a new prototype design geared to meet the demands of the company’s off-premise business. Included in the design will be a dining room that potentially opens up to a patio area, as well as a drive-thru and designated curbside pick-up parking.

The restaurants will also feature an enhanced digitized experience – including “Pollo To Go” cubbies for mobile to-go and delivery orders, digital menu boards and GPS-enabled curbside pick-up, all integrated with the company’s dynamic and versatile mobile app.

As for the food?

At , the chicken is marinated in house daily with a proprietary recipe of citrus, garlic and spice, fire-grilled over an open flame and hand-cut to order. The freshly grilled chicken serves as the base for an authentic selection of dishes, including individual or family chicken meals, bowls, burritos and salads. The brand is well-known for a range of flavorful menu items that customers feel better about eating because they are healthier than typical fast food and fit into a host of dietary regimes ranging from calorie counting to keto.

The expansion announcement comes at a time when is aggressively looking for additional franchise partners to help expand the brand’s footprint across the . In addition to other parts of , is targeting various markets throughout the for expansion.

About
(Nasdaq:LOCO) is the nation’s leading fire-grilled chicken restaurant with a mission to bring people together around food, family, and culture in the communities it serves. is renowned for its handcrafted food, an innovative blend of traditional Mexican cuisine and better-for-you eating, that is known for. Since 1980, has successfully opened and maintained 483 company-owned and franchised restaurants in , , , , , and while remaining true to its Mexican-American heritage. continues to grow and evolve, nourishing connections to tradition, culture, and one another through fire-grilled goodness that makes us feel like familia. For more information, visit us at www.elpolloloco.com.

A photo accompanying this announcement is available at https://www.globenewswire.com/NewsRoom/AttachmentNg/06066aaa-4c7b-4653-8ba1-ddc6962841e6 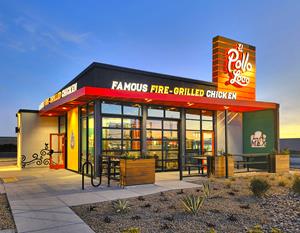 Franchisee signs open four units in as brand seeks additional franchisees to expand into the .